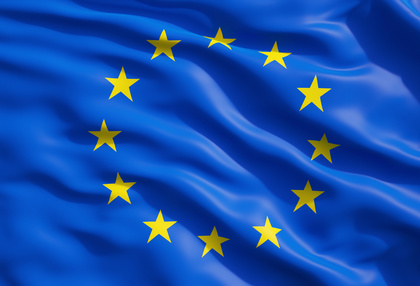 English is the main language of instruction (80% of teaching time). This European Schooling responds to the needs of those students, from ITER countries, aged 12/13 years, for whom teaching 50 % French and 50 % English would be a handicap for the preparation of the “Diplôme National du Brevet” at 9th Grade level. A fundamental principle of the European Schools is the teaching of mother tongue / dominant language as first language (L1). This principle implies the pupil’s enrolment in the section of his/her mother tongue / dominant where such a section exists.
The English language section of European Schooling is aimed at native English speakers. Taking a European Baccalaureate with first language English satisfies English Language requirements for non-native students entering a UK university. A booklet on the European Baccalaureate can be downloaded from the Department for Education website.

The pedagogical organisation is designed to reflect and to be consistent with the general principles of European schooling.

The secondary school course is validated by the European Baccalaureate examinations at the end of the seventh year. The certificate awarded is fully recognised in all the countries of the European Union, as well as in a number of others. The Examining Board, which oversees the examinations in all language sections, is chaired by a university professor and is composed of examiners from each country of the Union. They are appointed annually by the Board of Governors and must meet the requirements laid down in their home countries for appointment to examining boards of the same level.

Marking system: For assessment purposes teachers use a marking scale of 0 to 10.
Equivalences between the various marks on the scale and the performance of the pupil are below:

Pupils in Years 1-3 do not sit formal examinations.

S4-S6 (9th-11th Grade)
After the first semester the pupils will have an A1 and a B1 mark and after the second semester a B1 and B2 mark as well as a final year mark (C mark).
A-mark: for class work, written or oral tasks;
B-mark: the exam mark (or 2 other B tests during the semester not included in the A mark)
The end-of-year mark (C mark) will be calculated on the basis of these four marks: A1+B1+A2+B2. It does not have to be the exact average of these marks but should reflect the level of the pupil at the end of the year.

S4 (9th Grade)
Pupils in S4 will sit written examinations in each subject two times each semester.
These two tests can be taken in one lesson period each or one in one period and the other one in two periods. To prepare the S4 students for the examination situation (in a large exam hall), they take exams with the S5 and S6 students at the end of each semester in L1, L2 and Mathematics. The B marks on the reports for other subjects will be determined by B tests (class tests) during the semester.

S5 (10th Grade)At the end of each semester of S5 there are written examinations in L1, L2, L3, Mathematics, Biology, Chemistry, Physics, History and Geography and the option subjects. The B marks on the reports for other subjects will be determined by B tests during the semester.

S6 (11th Grade)
There is one set of exams in January and a second set at the end of June. The pupils are examined in L1, L2, Mathematics and all 4-period options. The B marks on the reports for other subjects will be determined by B tests during the semester.

Part examinations take place in January. All subjects in which a written examination is taken in the Bac are examined, i.e. L1, L1HL, L2, L2HL, Maths, all 4- period options.

With the exception of Language 1 and Language 2, no subject can be chosen for both a written and oral exam.

The students in the fourth year of the European School do not take the “Diplôme National du Brevet” exams and there are no other official external exams before the European Baccalaureate.
Students may choose to take International GCSEs at the end of the fifth year in one or  more subjects and a number of our students choose to take SATs or PSATs.

Characteristics of the curriculum

In years 1, 2, 3 and 4, the syllabi which have been taught from the beginning of the 2009-2010 school year conform to those for European schooling (www.eursc.eu/). The school year comprises 36 weeks and each lesson is 45 minutes.
· Health education and sustainable development education will be provided throughout secondary schooling, using an across-the-board, cross-curricular approach which does not result in a heavier timetable.

See article 47 General Rules of European Schools: If a pupil’s knowledge of a language required for the continuation of his/her education is poor or non-existent because his/her former school followed a different curriculum, his/her legal representatives shall undertake to send him/her to classes in that language

There will be a five-day school week, from Monday to Friday. The school year will be 180 days and the school holidays will be akin to those set by the French Ministry of Education each year.

Requests for enrolment must be submitted to the school. Please refer to the forms available on the school’s website.
The choice to integrate into the English language section of the European School will be definitive, pending academic approval; students will not be given the option to change programmes within the school.
Students who are new to school must pass an entrance test.